The operation and the applications of genetic algorithms.

These algorithms are numerical optimization algorithms inspired by both natural selection and natural genetics. This is a general method which can be applied to a number of problems. The theory of these algorithms is easy to understand and to put into coding for the solution of a variety of problems.

2. Genetic algorithms
In this chapter, genetic algorithms are introduced, what they are, from where they evolved and how they are compared to and differ from other search procedures.

2.1 Introduction to genetic algorithms
Genetic algorithms are search algorithms based on mechanics of natural selection and natural genetics. These algorithms are the method used to find out approximate solutions to complex problems through the application of principles of evolutionary biology to computer science. These algorithms are a particular class of evolutionary algorithms. Genetic algorithms are typically implemented as a computer simulation in which a population of abstract representations (called chromosomes) of candidate solutions (called individuals) to an optimization problem evolves toward better solutions. Normally, solutions are represented in binary as strings of 0s and 1s, but different encodings are also possible. The evolution starts from a population of completely random individuals and happens in generations. In each generation, the fitness of the whole population is evaluated, multiple individuals are stochastically selected from the current population based on their fitness and are modified (mutated or recombined) to form a new population, which becomes current in the next iteration of the algorithm.

In every new generation, a new set of chromosomes (strings) is created using the fittest parts of the old; an occasional new part is tried for good measure.

2.2 Operation of genetic algorithms
It is very important to understand the workings of the genetic algorithms in order to use them efficiently. Since the problems are handled as a computer program and the problem in defined in the form of a computer code , the problem to be solved is represented by a list of parameters which can be used to drive an evaluation procedure, called chromosomes or genomes. Chromosomes are typically represented as simple strings of data and instructions.

Initially, several such parameter lists or chromosomes are generated. This may be totally random, or the programmer may define a method to form the initial parameter chromosomes or strings. This is called the ‘first generation’.

During each successive generation, each individual string is evaluated, and a value of how good an individual is or the fitness value is returned by a ‘ fitness function’. The pool is sorted, with those having better fitness representing better solutions to the problem ranked at the top. It is not necessary that in a generation there must be a string that is ranked the best as a solution but for that generation only. It is likely that we get the results that are not good solutions as required.

The next step is to generate a second generation pool of organisms, which is done using any or all of the genetic operators: selection, crossover (or recombination) and mutation which will be discussed in detail in the coming sub-chapters. A pair of organisms is selected for breeding. Selection is biased towards elements of the initial generation which have better fitness, though it is usually not so biased that poorer elements have no chance to participate, in order to prevent the solution set from converging too early to a sub-optimal or local solution. There are several well-defined organism selection methods which will be explained later in this chapter.

Following selection, the crossover operation is performed upon the selected chromosomes. A random number between 0 and 1 is generated, and if it falls below the crossover threshold, the organisms are mated; otherwise, they are propagated into the next generation unchanged. Crossover results in two new child chromosomes, which are added to the second generation pool. The chromosomes of the parents are mixed in some way during crossover. This process is repeated with different parent organisms until there are an appropriate number of candidate solutions in the second generation pool.

The next step is to mutate the newly created offspring. Normally genetic algorithms have a fixed, very small probability of mutation. A random number between 0 and 1 is generated; if it falls within the Pm range, the new child organism’s chromosome is randomly mutated in some way, typically by simply randomly altering bits in the chromosome data structure. Usually the mutation is very unlikely to occur but it is a very important genetic operator used to maintain the genetic diversity from one population of chromosomes to the other.

A slight variant of this method of pool generation is to allow some of the better organisms from the first generation to carry over to the second, unaltered. This form of genetic algorithm is known as an ‘ elite selection strategy’.

Genetic variation is a necessity for the process of evolution. Genetic operators used in genetic algorithms are analogous to those which occur in the natural world: survival of the fittest, or selection; asexual or sexual reproduction cross over or recombination; and mutation.

2.3.1 Selection
The basic principle of the selection is to give preference to better individuals, allowing them to pass on their genes to the next generation. The goodness of each individual depends on its fitness. Fitness may be determined by an objective function called a ‘ fitness function’.

As we already know, chromosome are selected from the population to be parents to perform crossover. The problem is how to select these chromosomes. According to Darwin’ s theory of evolution, only the best ones should survive and create new offspring. There are many methods used to select the best chromosomes; for example: roulette wheel selection; Boltzman selection; tournament selection; rank selection; and steady state selection.

2.3.1. a . Roulette wheel selection
In this type of selection the parent strings are selected according to their fitness. The better the strings are, the better the chance of their selection. Roulette wheel selection is done by choosing the strings statistically based on their relative fitness values or simply the percentage. This concept can be easily understood by considering a roulette wheel where all chromosomes of the population are placed. They are given the space on the wheel according to their fitness values. So if a dice is thrown on the roulette wheel, the probability of the fitter chromosome to occur is greater than the other population members. 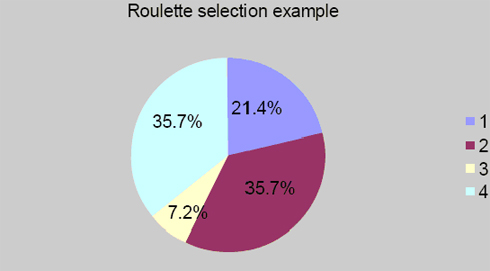 Figure 1: Representation of fitness according to table 2.1

2.3.2 Fitness function
The fitness function is a particular type of function which quantifies the optimality of a solution, which is a chromosome in our case since we are using genetic algorithms, so that the particular chromosome may be ranked against all the other chromosomes. Optimal chromosomes, or at least chromosomes which are more optimal, are allowed to breed and mix their data sets by any of several techniques, producing a new generation that is expected to be even better.

An ideal fitness function correlates closely with the algorithm’s goal, and yet may be computed quickly. Speed of execution is very important, as a typical genetic algorithm must be iterated many, many times in order to produce a usable result for a complex problem.

Cut and splice
Another crossover variant, the ‘cut and splice’ approach, results in a change in length of the children strings. The reason for this difference is that each parent string has a separate choice of crossover point.

In the uniform crossover scheme, individual bits in the string are compared between two parents. The bits are swapped with a fixed probability,typically 0.5.

In the half uniform crossover scheme, exactly half of the non-matching bits are swapped. Thus, first the Hamming distance (the number of differing bits) is calculated. This number is divided by two. The resulting number is how many of the bits that do not match between the two parents will be swapped.

2.3.4 Mutation
In genetic algorithms, mutation is a genetic operator used to maintain genetic diversity from one generation of a population of chromosomes to the next. It is analogous (similar) to biological mutation.

The classic example of a mutation operator involves a probability that an arbitrary bit in a genetic sequence will be changed from its original state. A common method of implementing the mutation operator involves generating a random variable for each bit in a sequence. This random variable tells us whether or not a particular bit will be modified.

The purpose of mutation in genetic algorithms is to allow the algorithm to avoid local minima by preventing the population of chromosomes from becoming too similar to each other, thus slowing or even stopping evolution. This reasoning also explains the fact that most genetic algorithm systems avoid only taking the fittest of the population in generating the next, but rather a random or semi-random selection with a weighting toward those that are fitter. Typical genetic algorithms have a fixed, very small probability of mutation of perhaps 0.01 or less.

2.3.5 Elitism
This is a very important function of genetic algorithms. When the genetic algorithms create a new population, there is a great chance that they might lose the best individuals. By the use of elitism, the best solutions are first copied into the new generation and then the rest of the process follows the normal procedure.

3 Applications
Genetic algorithms have evolved as a very effective method in artificial intelligence design and automated design. The applications of these algorithms are listed below.

About me:
After my graduation I completed my Masters in Digital Electronics and Communications and was offered a place as a research scholar soon after. I have been working in a research oriented environment for over 2 years now and find it very interesting and stimulating. I am working as a research associate in the engineering and design department of one of the leading universities in the UK. I graduated in digital communications and electronics. During my graduation I did summer internship in the technical assistance department of one of the biggest broadband service providers in the UK. Working with highly educated staff and research fellows have been a challenging experience for me, but at the same time one of my best life experiences so far.