Things Every International Student Has Done at a British University 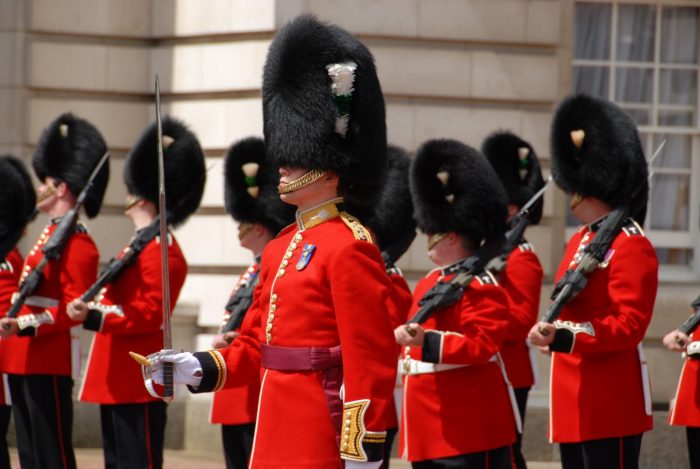 Coming to a British university from abroad can often give you a bit of a culture shock. The brits are definitely their own people and there’s a lot to get used to when you’re around them. Being away from home can also be very difficult and as you start to settle into your new life at university you may have picked up a few things along the way. If you’re an international student who has attend a British university there is a good chance you’ve done the majority of these:

Drunk way too much

Of course, no matter where you are in the world, everybody loves a good drink but nobody does it like the brits. You may have expected a few drinks in an evening but after moving in with your British housemates you’ve started to realise there is no right time of the day for a drink. If it’s sunny outside, then day drinking at the pub it is. You’re going on a night out? Be prepared to casually drink until your walking is wobbly. You really can’t go to a British university and expect anything less.

Started apologising for everything

You always knew the British had a reputation to be polite (which is surely a good thing?) but you know it’s gone too far when you start apologising for things that aren’t your fault. You’re walking through the street and somebody nudges you and before you know it, you’re the one saying sorry. You were probably confused by it in the beginning but now you’re doing it too and no matter how hard you try, you just can’t stop yourself.

You love a cup of tea as much as anyone so when one of your British housemates offers you a cup you know you’re going to say yes. That’s until you realise they offer at least once an hour and everyone around you is always happy to have one. Unfortunately, you’ve barely finished your last drink and it’s still mildly warm when someone says the phrase “would anyone like a cuppa”. Maybe it’s time to start politely declining.

Picked up an accent

When you first came over to the British isles you thought all British people spoke like Queen Elizabeth. And that could still be the case depending on where you are. However, the rest of the U.K. is definitely not what you expected and you’ve probably found humour in imitating their accents. That is until it becomes a habit and suddenly, you sound like you belong! It’s safe to say your parents aren’t going to recognise you when you go home.

Not understanding anything your housemate is saying

On the topic of accents, some are definitely stronger than others. If you have a housemate who is from somewhere like Newcastle or Scotland you’ve most likely struggled to understand them at some point. You’ve probably asked them to repeat things a couple of times but now you just feel too guilty to ask again so you’re nodding along to their story even though you have no idea what’s actually happening. Hopefully, you’ll get used to it or it’s going to be a long few years.

Been forced to walk to a club

God knows what it is about British people but they much prefer a walk than a quick hop in a taxi. You’re going on a night out and it’s freezing cold but according to your housemates the clubs not that far. Maybe to them a 30-minute walk is short but you’re getting goosebumps up your arms and the worst part is, they don’t even feel it. You’re starting to think that the taxi fare would have been worth it after all. Never again.

Been rained on constantly

You knew Britain had a reputation for bad weather but you’d clearly underestimated it. You’ve only been there two months and already turned up to university looking like a drowned rat way too much. Of course, everybody else is nice and dry because they’ve come prepared. From now on you won’t leave the house without an umbrella tucked into your bag, just in case.

Picked up some weird phrases

Speaking of the term ‘drowned rat’, British people say way too many phrases you don’t understand. Whether it’s your housemates saying ‘I’m knackered’ (which is tired apparently) every morning before uni or your classmates saying that they’re “chuffed” (pleased) with their grades. It’s taken you enough time to understand them and you’ve been silently judging them all year. Except, it’s not long before even you are reciting them like you’re fluent in British slang.

So there you have it, all the things we bet you’ve done since joining a British university. And trust us, you’re not alone in these either. Are you an international student studying in Britain? Comment below and let us know!