8 Differences Between the UK and US Education System 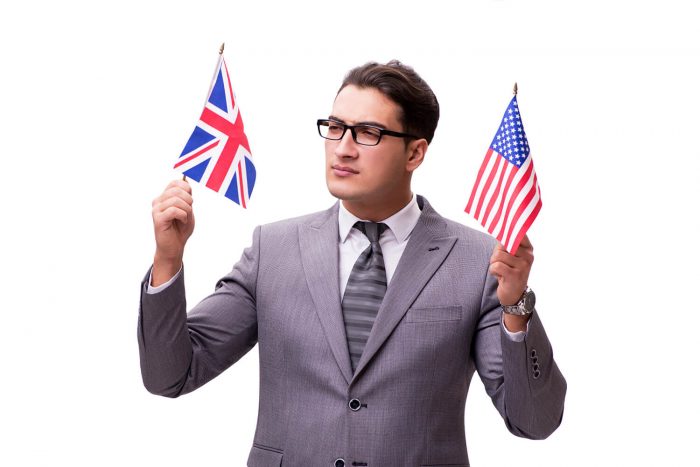 Choosing where to study is always a hard decision. With the opportunity to study all over the world, there’s a lot of research to be done. Plus, with every country doing things a little bit different, it can be challenging to find where’s right for you. It’s no secret that both the UK and the US have great education systems, but they’re also completely different. If you’re trying to decide between the two, then keep reading to find out which one is best for you!

Consistently the most complicated part is firstly applying to university. The UK’s process very much varies from that in the US, so you must know what you’re doing. In the UK, most students use a platform called UCAS to apply to a selection of universities at once. The process is usually completed during your final year of college, which is often useful as it means there are teachers and advisors to guide you with your application.

But how do you decide where to apply for?

Your first bet is to check the league tables! If you have a subject in mind, you can filter it down to check for universities that excel in that subject. You can even check the university’s website to see what grades they expect for each course. This will give you a better idea of what they’re looking for. Plus, each university even has a page dedicated to international students, so you can find all the info you need!

Now for the US…

In the US, the application process takes places much sooner (it’s also to be noted that the US refer to the university as college, confusing – we know!). In America, students will apply to each university individually, and this is one of the reasons it takes so much more time. Thankfully, Common App was recently introduced, which is the US version of UCAS to make their process that little bit easier. That being said, the student must still create a separate essay for each university they apply for and an overarching piece. Thankfully, most universities are using the app now except a small few – so hopefully, your choice will be on there! To get into a US university, you will have to take an SAT or ACT to get in as well, and most Ivy League universities will be looking for at least 1,500 points.

In general, most US universities courses are a year longer or more than those in the UK. For example, over here, bachelors degrees are usually three years (or four if you study in Scotland), but if you study a bachelors in the US, you can stick another year onto that. The same if you decide to do a masters degree. In the UK, it would be one year, and in the US, it would be two. This might not be a big factor for you, but if you want to get your degree faster – the UK is probably better for you. Unlike in America, our courses over here are a lot more specific to the topic, so that’s why you get through the content a lot quicker. Despite this, it’s all down to personal preference, of course!

With all education in America, their academic dates are slightly different to that of the UK. In the USA, their school term starts in the middle to late August, whereas in the UK, the school term typically begins in September (sometimes October for some universities). This means while in the UK August is summertime, it’s back to school season in the USA. There are also holidays such as Thanksgiving that are celebrated in America but not in the UK or other parts of the world. That’s why some universities will start their winter break from the end of November to give people the chance to celebrate. This isn’t the case at all universities as they often run by their own calendar, but it’s definitely something different that might appeal to you!

The price for university in general isn’t cheap, but the USA tends to be slightly more expensive than in the UK. In the UK, universities usually charge around £9,000 per year. However, this isn’t always the case for international students. It can be a lot more if you’re coming to study internationally. With Brexit as well, it looks like non-UK residents will be looking at fees from £10,000 to £38,000 to study in the UK. If you’re thinking about going down the medical route – it could be even more! The average cost for courses though are between £12,000 and £20,000. This is the same for both undergraduate and postgraduate, so it’s definitely pricey!

In the US, there is no input from the government on what universities can charge. The average 4-year course costs $29,000, so it’s even more! In fact, if you study at a private institution, you’re looking at $50,000 per year. If you want more details on this, check out collegeboard to inform you further. Of course, you could try and get a scholarship, too; they’re offered in both locations!

Thankfully, both places will provide you with somewhere to live during university. They’re pretty similar in their accommodation, but while in the UK you’re likely to have a bedroom on your own, in the US it’s more common to be sharing a room with at least one person, if not more. You do, however, get more accommodation options after your first year at a US university, so if you’re not keen on sharing, it doesn’t necessarily have to be for long. Another difference is that while catered accommodation is offered in some places in the UK, it’s far less common – so get prepared to do a lot of cooking (or a lot of ordering Uber Eats!). In America, you will usually get offered options for dining.

One thing that’s held in quite a high regard in the US is extracurricular activities. You’re often expected to apply to some extra activities, and it can make your application quite attractive if you show that you intend to. Over in the UK, we have societies. These are groups for all sorts of subjects and hobbies where you can meet people and do the things you’re passionate about. Societies aren’t always that important, so not everyone is in one, but it can be a lot of fun! It can also make job applications look good to show you have other interests outside of your degree.

One aspect you’re probably most interested in is the nights out. In both countries, you’ll have the chance to make some great friends as you’ll be living with many different people (and maybe rooming with them in the US). That being said, in the US, the drinking age is higher (21), which means you’ll only really get to go out towards the end of your degree. In the UK, the drinking age is 18, so you’ll be ready to go out on the town the second you move in. If drinking isn’t a big aspect for you, then it might not matter! It all depends on what you really want to get out of your uni experience.

While we do get some homework on this side of the pond, America is very different. In the UK, homework outside of your formal assignments is often optional, and even if it is required, it rarely counts towards anything. It’s an extra piece of work that might help your understanding of when an exam or assignment is coming up. In America, however, homework assignments actually go towards your final grade. The effort you put in could have a significant impact on what you come out with, so they’re very important! Maybe you’re a homework wiz? If so, you could find this helpful to your grades.

After you’ve finished a bachelors, you may want to complete a further degree. That could be a masters, a PHD or even both. Interestingly, it is far more common in America to go from a bachelor’s degree to completing your PhD. Over here, it’s almost expected you do your masters first. If you’re particularly interested in doing a PhD, this could be a good option to look into. It’s a quicker and easier route to achieving one.

These are just some of the most significant differences between the UK and the US at university. If you’re struggling with your applications, you should check out our services as we help students with anything from personal statements to academic essays!

Have you got any differences to add? Comment below!