Essay on Storms, Wrecks, and Romance – Ships and Emotion

Storms had immense destructive influence on ancient ships and canoes. This influence relates to the state of ships in that period. However, the resultant influence of ships wrecks and storms was loss of property and lives. Perhaps archeologists continue discovering ancient sunk ships on the ocean containing all manner of treasures. If these archeologists, could turn and be painters what would they paint on these findings? That is “food for thought”. Nevertheless, we have to recognize that paintings exist on such incidences. These paintings on various nationalities in relation to storms and ships wreck, shows that ships wrecks had a place in the society. Ships voyages on the other hand, became part of cultures for many centuries.

This research will discuss emotions connected to shipwrecks. It concentrates on the influence of storms on ships, reasons for shipwrecks and romance on the sea. Shipwrecks led to loss of life. This therefore had an impact on the bereaved family. Some could not contemplate the loss of a loved one, a breadwinner or sons. On the other hand, ship voyages had an extra emotional intensity. Many people loved to see distant lands; others loved a romantic adventure on cruise ships while other wanted to be revered “Captains”. Further ship voyages had narratives of ghost ships and mystical creatures of the sea. It further uses observation and internet study as the methodology for collecting data.

Influence on Loss of Lives 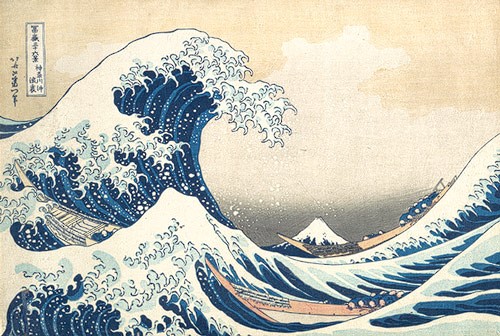 Katsushika Hokusai produced the above painting. The painting shows various cultural influences of ships on ancient Japanese community. The painter who lived between 1760 and 1849 depicts canoes on the verge of being swallowed by a storm. In relation to this painting one is able to understand the history of Japanese ship models. From this painting, one is able to understand why ships sunk in large number during the period. The incidences of canoes sinking on the influence of storms had emotional influence on the community. Japan as a society lost most of its sons, warriors and loved ones (Katsushika 3-7). To the bereaved families, only the gods could answer this great loss. The sea additionally had spiritual influences on the people of the nations. Some people believed that the ocean represented gods. Therefore, it was ordinary events to witness citizens conduct rituals and sacrifices in honoring “ocean gods”.

The painting whose current location is Metropolitan Museum of Art, New York shows how sea storms led to loss of lives. By looking at the painting, one grasps what the artist tries to say. The painting whose medium is a woodblock print, illustrates emotions of despair due to loss of lives. Evidently, the storm leads to death. Such influence eventually affects family members emotionally. During these periods ships wrecks were prominent due to ships designs.

From the painting, it is evident that the canoes could not withstand such great storms. Sailors of these period understood risks of sudden storms, attacks from sea creatures and possibility of boats capsizing. From what is depicted in the painting, one understands that the sailors faced the dangers of drowning and facing the wrath of “sea gods”. However, one needs to realize that if the designer back then had technology of today, they would have made safe ships. Present technology has made it easy for ships to evade storms. 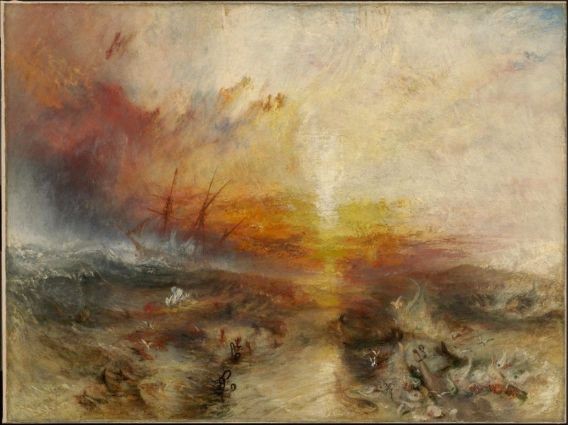 The above painting probably communicates one of the greatest social ill of our time. Slavery had an impact on the world both emotionally and on the principles of humanity. One cannot understand how humans can be brutal on their own species to the extent on treating them as animals. One could argue that humans back then were on self-discovery, but why was it that one race dominated the other. The painting depicts a slave ship that sunk. This painting on an oil canvas communicates the emotion of loss of life. One could imagine what family members of slaves felt in their native nations. Slaves are depicted as being thrown overboard William (Turner).

By observing the painting, one might gasps the emotion of a mother losing her son to slavery, the emotion of not seeing the son forever and ever. Joseph Mallord William Turners painting locate at the Museum of Fine Arts, Boston, Illustrates the historical perspective of slavery. From these painting an observer is able to understand the brutality slaves underwent. Some had their hands tired on their backs. 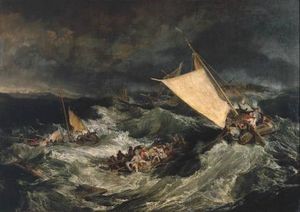 The above painting by Joseph Mallord William Turner indicates the feeling of drowning on the verge of storms. Looking at the painting, one comes to the realization of the feeling of confusion one undergoes during shipwrecks. A further study on the painting reveals the design of the ship of that period. The ship depends on winds for movement and a storm would swallow all sailors (Turner). The painting depicts ancient ships in the United Kingdom. It communicates emotions of confusion and despair in case of shipwrecks. One feels the emotional impact sailors feel while facing death. 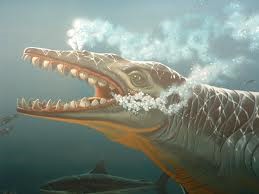 The above painting exhibits a mystical creature of the sea “An ancient serpent god of Egypt” (Al-Hitan 6). Such creatures of the sea had narratives on communities. From the painting, one would recognize that the creature is not related to modern science. Although, ancient sailors believed that such creatures has and influence on shipwrecks. Destruction of ships and other vessels during the period was based on the phenomena of existing sea creatures. Such emotions were great that people resulted to offering sacrifices to such creatures in order to survive shipwrecks. 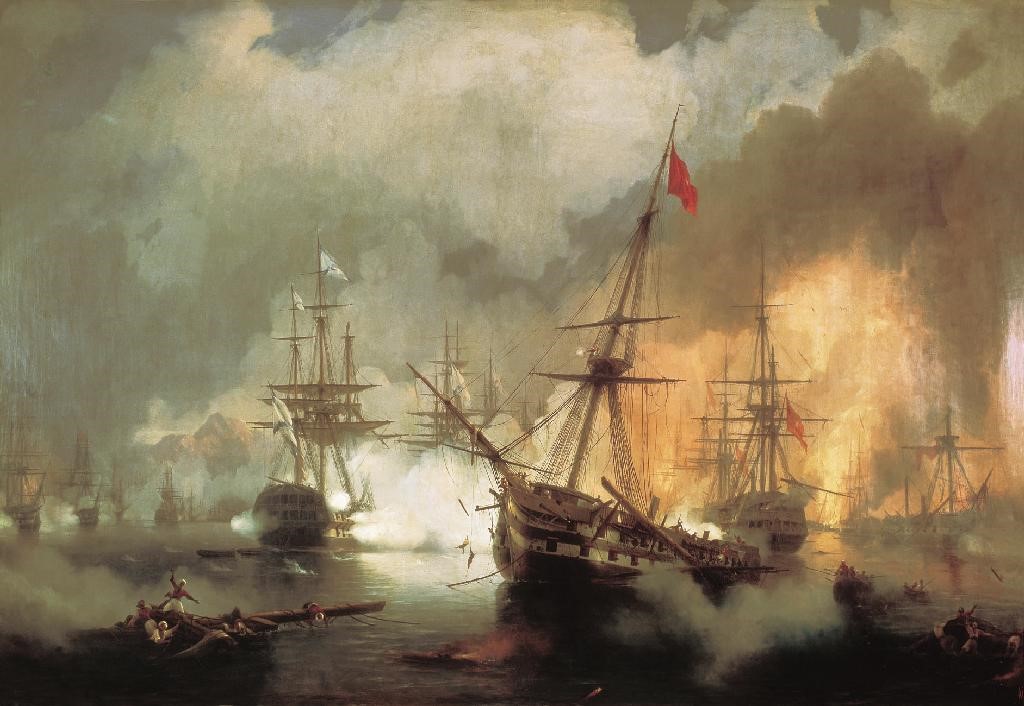 The above painting depicts an ancient Russian naval ship. From the painting, one would grasps the material used in constructing ancient war vessels, majority of ancient naval vessels, dependent on wind for sail and designed using wood (Mitch). Therefore, artillery fire could destroy such vessels by way of burning or creating holes for water to enter. This then provides a basis for comparing technology advances on naval ships and its influence on world wars.

This research methodology concentrates on studying paintings on people’s ancient sea life and activities. It ventures into studying emotional influences of shipwrecks, emotions and romance. The study employs the use of various paintings in various museums. It also employs the study of these paintings over the internet and in some occasion physical observation of the paintings. The study therefore, relies on personal observation as well as analysis of documented data. From this study, individuals are able to understand emotional connotation of shipwrecks, influences of shipwrecks on the society. One on the other hand through observation of thee research might have an historical perspective of ship’s influence on war, slavery and emotions. With such a narrative, it is important to note that this research employs observation as a means of analysis and historical data as basis for argumentation.

From this research, one is able to understand the history of ships. In relation to this, one understands ancient ship designs, means of propelling and purposes of ships. From this research, one is also able to understand emotions related to shipwrecks. One is able to see how people endured slavery, drowning and spiritual influences of sails. It is also evident that ancient ships sunk due their poor ship building technology.