Below is a loop diagram of a Shrub-Desert Landscape where components such as rain, soil moisture, vegetation cover, and soil nutrients are included. 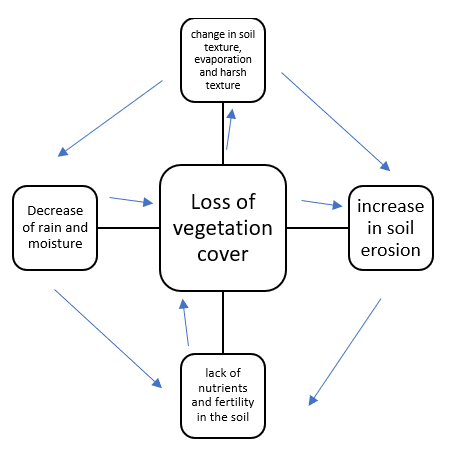 Below is a loop diagram of how the reintroduction of gray wolves into Yellowstone National Park altered the ecosystem and environment. 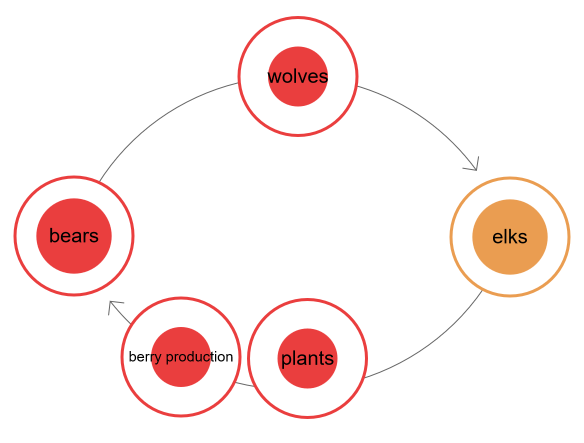 The loop diagram of the global ecosystem consisting of humans (human population, resource consumption, and technical know-how) and everything else (the biosphere, atmosphere, and hydrosphere). 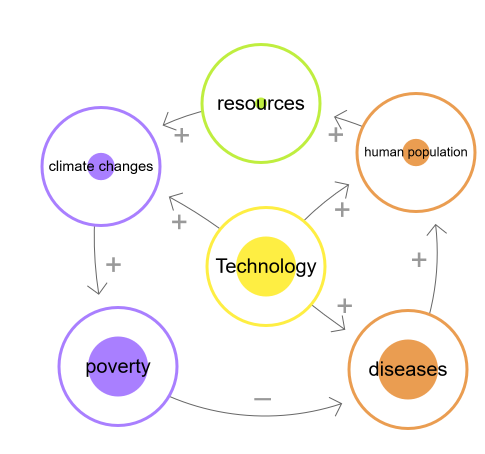 Below is a loop diagram of the how humans interact and contribute to various factors. 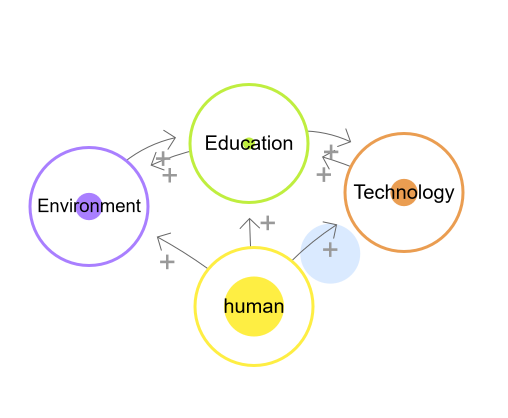