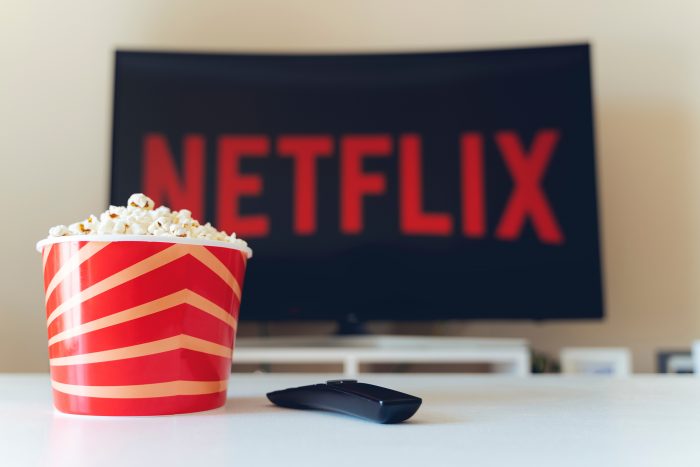 Netflix is the gift that keeps on giving and if you don’t have many plans this summer due to lockdown then it might be time to start binge-watching! There is a bit of everything whether you’re into thrillers, romance or even reality tv, you’re guaranteed to find something to watch. So sit back, put your feet up and get Netflix up on the TV. We’ve got a list of content ready for you to binge this summer:

If crime thrillers are your genre then you’re going to love this series. New to 2020, the story follows Zoe who abandons her quiet life in Manchester to investigate her brothers’ disappearance after his body was found in Ibiza. Throughout her time in Ibiza, she lives a new, exciting and reckless life while uncovering the secrets that led to her brothers’ death. It’s fun, tense and you never know who to trust. You might not be able to travel this year but this series will give you all the summer fun in one sitting, with some added drama! You’re going to be hooked from the get-go!

Speaking of summer fun, how about a summer romance to get you in the mood? This series is the perfect holiday romance and we know you’re going to love it. Set in Italy, a place we’d all love to be right now, it follows Summer, a girl stuck in her small town who’s aching to see the world. She then meets Ale and of course, they fall in love. It’s dreamy, fantastic and basically the perfect escape from whatever is going on in the world right now. It’s inspired by the Italian book, Three Metres Above the Sky by Frederico Moccia and despite the series being in Italian but don’t worry, there are subtitles to help you out (you might even pick up a few words of a new language too!). This series is not to be missed!

If Money Heist was a show of your choice then don’t sleep on Good Girls. It’s a heist show with slightly more comedy but no less suspense. It’s situated around three mums who are in financial trouble because of the family drama in their lives. They decide to come together and pull off a heist at their local grocery store. It’s hilarious, dramatic but also incredibly intense. And if the plot isn’t for you then many people have used the show’s leading man, Manny Montana, as a reason to keep watching. Season three has just been released and everybody’s talking about it, so go give it a watch and be prepared for quite a ride!

You may have heard of this show recently because it’s another that is constantly discussed. This definitely won’t be to everybody’s taste but if you love trashy reality TV then your newest guilty pleasure has arrived. It’s a show surrounding estate agents in LA who are selling million-dollar houses. The company has a group of women who work together and as you can imagine, they’re constantly arguing, providing you with all the drama you need. It’s addictive and hilarious so we won’t blame you for watching. The second season just dropped on Netflix in May so get caught up, we know you’ll love it.

A new series recently added to Netflix! Launched on July 1st, it is exactly what it says on the tin. From murders to paranormal events this show will keep you hooked and leave you wanting more. Find out about all of the unsolved cases that have left investigators shocked and unable to reach a conclusion. The first 6 episodes dropped last month and it’s yet unknown when the rest will be added. However, keep your eyes peeled because we’re sure they will be there soon and you don’t want to miss out!

You’ve probably heard of this and maybe you’ve even watched it already, but if you haven’t you definitely should. An emotional and yet hilarious comedy starring Ricky Gervais, this one is certain to get your approval. It follows Tony who is struggling with grief after losing his wife Lisa. He decides to navigate through life while doing whatever he likes to punish the world in the way he feels punished. It’s tragic and heartbreaking but yet you can’t stop laughing. It’s so good it even won Netflix its first TV choice award last year due to its popularity. We highly recommend you add this one to your list!

And that is our suggestion for what to binge-watch this summer. We’ve included a mix of shows that people can’t stop talking about. Netflix has a huge selection of content, so if these don’t take your fancy then maybe you’ll find something new and upcoming that hasn’t made it to the list yet! Let us know what you’ve been binge-watching recently in the comments and if you’ve already watched any of these, what were your thoughts?