Drinking Games Every Student Should Play at University! 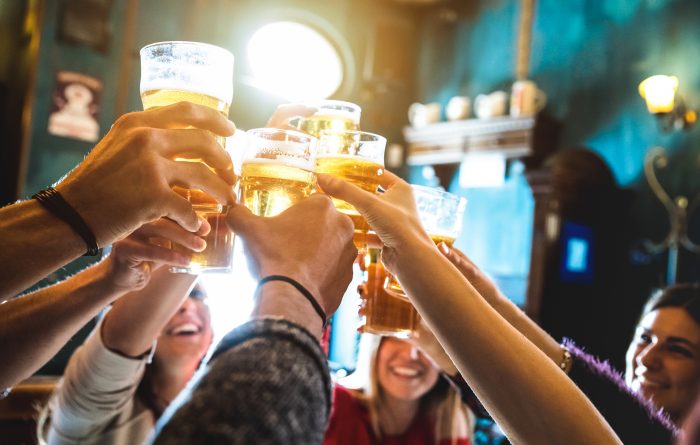 It’s undeniable that for a lot of people, partying is a huge part of university…especially in the UK! Besides studying, it’s also important to have fun and as you make friends you might be running out of fun things to do while you’re having a drink. Cue the drinking games! We’re here to fill you in on some of the UK’s favourite drinking games! There’s a chance you’ll have heard of a few of these, but either way here’s a list of some games you can play to keep the party going!

Or – any alcohol you like pong! You’ll have most definitely heard of this game before if you’re familiar with the drinking scene. It has a reputation for being stereotypically American but we love a good game in the UK too! Here’s how to play:

For this game, you’ll need several plastic cups, a table and a small ball (preferably a ping pong ball). You’ll set the cups up in two even triangle formations on either ends of the table. You’ll need two teams, one stood at either side and the cups must be filled with alcohol – traditional beer, prosecco or spirits, it’s up to you!

Each team will take turns bouncing the ball across the table and into an opponents cup. If they get it in a cup then a member of the opposite team has to drink it. If you miss then it simply moves on. The aim is to have your opposing team drink all the cups on their side of the table, whoever has the most cups left wins! Each member will have a go in rotation.

You’ll need cards and a large cup, however, there is also now an app you can play with instead – in case you want to take the easy route!

To set up you need to place a large cup in the middle of a table and then create a circle of cards around the cup. Get your friends around the table and make sure each person has a drink of their choice.

Each card means something different. You take it in turns to pick a card and undertake whatever it asks of you. You continue to play until the last king is picked. The person who picks that card has to drink everything in the large cup – good luck to them!

As mentioned each card means something different. If you play, keep this list beside you to help remember!

Ace – Everyone has to drink in unison with the person who picked this card. You can only stop once they do.
2 – The person who picks this card can choose someone to drink their drink.
3 – The person who picks this card must drink their own drink.
4 – All girls must drink.
5 – When you put your thumb on the table everyone else must copy you and the last person to do it has to drink. The person who chose this card can do this till another 5 is chosen.
6 – All guys must drink.
7 – Everybody puts their finger in the sky and the last person to do it drinks.
8 – Choose a friend to drink with. When you drink they have to as well.
9 – You must pick a word, for example, book. The person next to you must say a word that rhymes like hook and this continues going round until someone messes up. That person then has to drink.
10 – Similar to the previous, the person with this card must pick a category and everyone must say a related word as it goes from person to person. Whoever messes up first should drink.
Jack – This person must make a rule. For example, everyone should only drink with their pinky stuck out. If anyone disobeys including yourself then they have to drink.
Queen – Everyone has to ask each other questions as the circle goes round. It doesn’t matter what it’s about but whoever doesn’t ask one must then drink.
King – If you get king you must pour part of your drink into the big cup. Whoever picks the last king must drink whatever is in the cup.

Never have I ever

This is a fun game to play with friends – especially if you want to expose their secrets and learn more about them!

A person will make a statement saying “never have I ever…” and if you have done this action you will drink and put down a finger. Once all 10 fingers are down you are out. You can also play this without using your hands and simply just drink if you’ve done the statement – this option is sure to get you more drunk as the statements never run out! Once one person has said their statement it will then go round to the next person. This game continues until you’re out or until you’re done with it. There are also mobile apps available for this one too!

A game that is likely to cause some trouble is Paranoid. It’s a lot of fun but can also get a bit uncomfortable so make sure everyone is happy to play – you don’t want any broken friendships by the end of it!

Interestingly this is another well-played drinking game across the UK but can often vary in its theme.

This game is rather simple but it can often get quite hysterical and is a lot more fun than you’d expect. As mentioned the title can vary and that’s because it can potentially be played with other songs of your choice – just make sure they’ve got enough repetition!

These are just a few of the most popular drinking games you could play while at university. There’s a chance your friends already know a couple of these and they’re definitely worth a go if you want to have some fun! There are still many other drinking games you can play and some you can buy online. Make the most of your uni experience but remember, never feel pressured to drink. If it isn’t for you, you can always play with a soft drink instead! Let us know your favourite drinking games in the comments below.