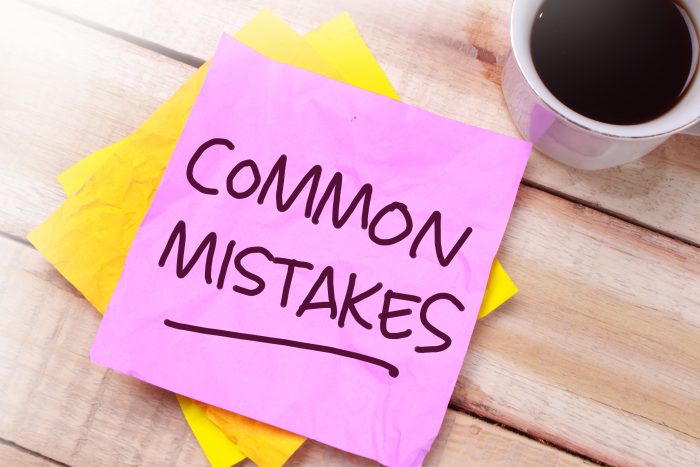 Grammar can be hard to master, especially if English isn’t your first language – it is said to be one of the hardest to learn! There are a variety of little mistakes you can make and it’s good to be aware of these so you can correct them accordingly. All students struggle with it from time to time but for international students, it can be a much more challenging task. It’s especially important in academic tasks, if your writing is grammatically incorrect can easily lose some vital marks. This is why you should always get it proofread to ensure its accuracy! Carry on reading to find out the most common grammar mistakes you should avoid!

Their vs They’re vs There

This one can be difficult! Even a lot of native English speakers struggle with this variation. We can only imagine how confusing it is for those who are still learning! Hopefully, we are about to make that simpler for you. They may all sound the same, but they mean completely different things. So which ones which?

Their
“It’s their dog.”
“Their” is a possessive pronoun which means that you use it to say something belongs to someone. “Their” is gender-neutral and can be used for both singular and plural tenses.

They’re
“They’re driving me crazy”
“They’re” is a contraction, this basically means two words put together, (indicated by the apostrophe). The two words here are “they” and “are”. It is also gender-neutral however is used plurally to describe groups.

There
“It’s over there”
“There” is an adverb. It is usually used to point to where something is, or if something exists.

Hopefully, these simple explanations will help you out! Don’t worry – it can take some time to get the hang of it.

When it comes to misspelling, one of the most common mistakes is conjoining words together that actually need a space in between. For example, both “into” and “in to” can be correct depending on the context. “Into” is a preposition so you only use it when something goes into something else. “In to” is used when the words just end up next to each other in a sentence with no other meaning. Phrases like “thank you” and “a lot” are also some of the others that are often put together. However, these should always have a space in between them, despite it being a common mistake. Using spellcheck features can help you to overcome these issues, but technology can make mistakes also – so be careful!

Words with the same pronunciation and different meanings

Ever heard a word that means different things in different contexts? These words are called homonyms which means they sound the same but mean different things. Here’s an example of some common ones to look out for:

Although there are plenty more of these in the English language, these few should help you to identify them and hopefully will help you to avoid any future confusion.

Writing words in the wrong order

In many foreign languages, words are used in a different order to how they are used in English. This means when you’re translating you might find you’re speaking incorrectly by using your first language as a guide. For example, in Spanish, the adjectives come after the noun whereas in English the noun should always come first. You should compare the English writing structure with your home countries to iron out any differences – it will greatly help you in the future. As you can imagine it gets a little complicated and that’s why the English language has such a reputation for being hard to learn but hopefully baring this point in mind will help you out.

A great way to make sure your grammar is on point is to use a proofreading service. They can read over your work and tell you what needs changing. It’s also quite common to read over mistakes without acknowledging them – you don’t want this to happen! That’s why it’s a great idea to have your work seen through a new pair of eyes. Get your work proofread by experts by using the Ivory Research proofreading and editing service to be sure it’s at its best standard. It’s better to be cautious than miss something important!

We hope you’ve managed to learn a thing or two while reading this to help with all of your grammar problems. It can be tricky whether you’ve been speaking English forever or you’re just starting out, so don’t worry if you’re still making mistakes! Keep these points in mind and your work will soon be error-free. What’s your biggest grammar struggle? Let us know in the comments below!