Career Options: What’s out there? 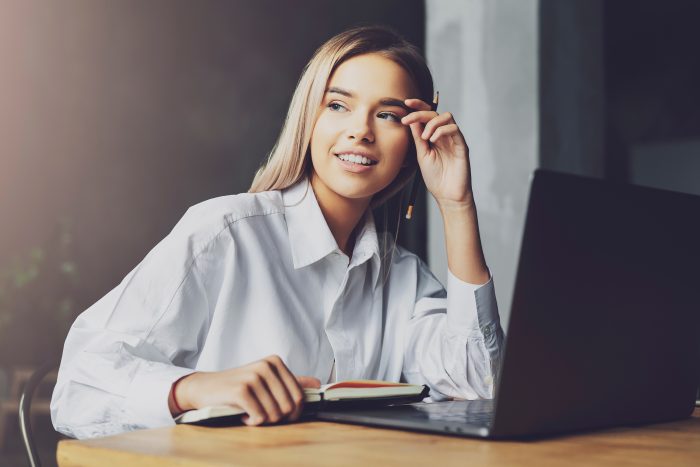 Choosing which career route to take can often be the hardest decision to make. It’s a huge factor as to which course you should choose to study at university, so deciding early will really help you out in the long run. Everybody has a different motivator when it comes to applying for jobs but it’s safe to say it is usually based around the amount of money they can make! We’ve come up with a list of some of the jobs that pay the highest salary. Some are pretty generic, but we’ve included a couple of interesting ones too! Here are some of the highest-paying jobs in the UK:

You might have guessed this would make the list. It’s commonly known that a job in marketing will get you a good wage, particularly if you end up in a senior position. Being a marketing director means you will oversee all marketing strategies created by the marketing team. It will be your job to allocate the marketing budget, develop marketing plans and analyse competitors. According to Pay Scale, the average salary for a marketing director is £65,000. However, some earn as much as £98,000, so aim high! If you’re interested, you will usually need a degree in business or marketing and lots of experience behind you.

A job you may never have heard of is this one. It’s very new to today but it is becoming increasingly popular! The job involves researching what has been said about a company or product to help them improve. This can often be done through social media platforms like Facebook and Twitter where people are always discussing their thoughts and feelings. It’s a very important job because, without the thoughts of consumers, companies won’t be able to get a true insight as to how their product or service is performing and what people think about it. This job has a huge range of salaries, ranging low at £25,000 up to £60,000 or more! It is desirable to have a degree from a marketing or research background, then you’ll be in with a chance of that higher wage!

Of course, most chemistry-related jobs can end up landing you big money but have you ever considered the job of a fragrance chemist? Their job is to research and create appealing scents for products such as perfumes or fabric softeners. Entry-level Chemists could be on a reasonably low wage of £22,750. However, top-level Fragrance Chemists can be receiving six-figure wages so there’s plenty of room to progress! A bachelor’s degree in chemistry would be a necessity so you know how to mix things together (they want them to smell good!). What could be better than creating beautiful scents all day?

A rather hard-working job and yet one that pays well as a result. It seems pretty explanatory but an Air Traffic Controllers job is to direct aircrafts. They make sure everyone has a safe take off and landing, as well as helping to avoid delays between aircrafts. They have the responsibility of managing the aircraft from before it leaves the airport and to the second it arrives. They even monitor them while they’re in the sky. According to NATS, National Air Traffic Services, the starting wage can be as low as £17,000 during your first period of training. However, as a senior controller with plenty of experience, you could be earning £100,000+. The most you need to do this job is at last 5 GCSE’s at C or above but of course, a lot of training will be ahead of you.

There has been a big craze for plastic surgery in recent years with social media being one of the main contributors. But did you know plastic surgeons earn an average salary of £94,144? It’s safe to say this makes it a very well-paid job indeed. Their job is to carry out reconstructive surgery and while cosmetic plastic surgery has been on the rise, it can also be used for medical reasons too. However, be prepared for a very lengthy education as you’ll need a 5-year degree in medicine, alongside 2 years of core surgical training in a hospital. It could take a while for you to fulfil this dream!

I’m sure you’ve watched a few spy movies in your time and thought wow that looks fun? Well, it turns out you can do it for real! (Ethically of course). Your job as an ethical hacker would consist of finding weaknesses in systems similarly to most hackers, except you’d be breaking into the systems legally of course. Businesses often hire people in this role to test the strength of systems and improve them so other people can’t hack in. Qualifications in IT based subjects would be beneficial but you would need to obtain the official EC-Council CEH Certification. And as for the wage? The wage can start at £27,000 but quickly rises to as high as £100,000. Not bad at all.

If you’re a lover of swimming or even just the ocean then this could be an interesting option for you. Divers are paid well whether it be annually or even on a daily rate. There is a variation of divers and it could mean working with the police, the armed forces or a private company. Police divers can earn as much as £150,000 a year but commercial divers usually get paid daily instead and can earn £100 a day or more. Planitplus also suggests off sea divers in Scotland earn around £600 a day, showing there really is a variation depending on the location you choose. Your best way of getting into this profession is to get some diving training done! It’s definitely not a job that is advertised often, but you might enjoy it!

There are so many other jobs that can provide you with a high salary, you just need to work hard! The higher wages are usually at the top of the hierarchy, so work your way up and you’ll be rewarded! These are just some of the jobs, ordinary and otherwise, that can get you earning big. Let us know if you’d want any of these jobs in the comments below!