8 Interesting Podcasts Every Student Should Listen To 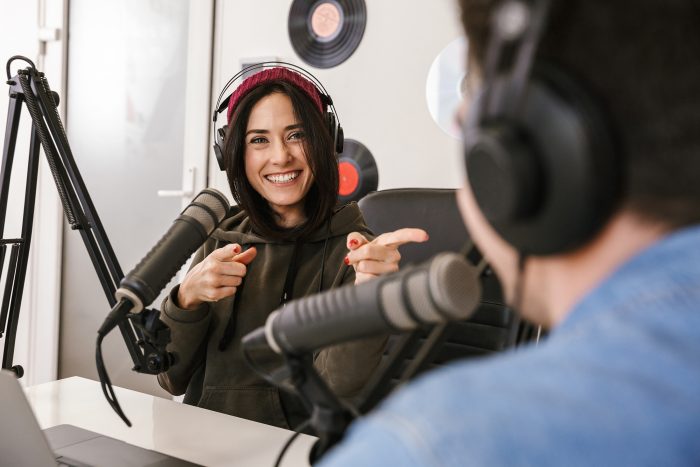 Podcasts have become increasingly popular over the last few years with more and more people listening. There are so many different types to listen to and with the podcast charts, you’re spoilt for choice. If you haven’t tried listening to podcasts before you definitely should! Whether you’re interested in educational or comedic content, there will be sure to be a podcast that appeals to you. If you’re unsure on what podcasts to tune into, here are some suggestions:

The BBC is known for many things, but one thing they’re definitely good at is giving you the latest news. The BBC’s Newscast does just that, giving you daily updates about what’s going on in the world, which can be particularly useful especially during the current pandemic. The episodes are only about 30 minutes so perfect for your morning commute and no doubt, important. If you’re not into reading newspapers or checking social media for the latest news updates then this is a great alternative to keep you aware of what’s going on! There is also a podcast app, BBC Sounds, where you can find these easily accessible alongside music and radio channels!

If you’re looking for something to take your mind off what’s currently going on, you might like this instead! Comedy podcasts are one of the most popular genres and if you’re a big fan of the show, RuPaul’s Drag Race, then this might be the podcast for you. It’s full of jokes from your favourite UK drag stars alongside some special celebrity guests. Hosted by Gogglebox’s Scarlett Moffatt and punk rock drag queen, Baby Lame, it’s sure to put you in the best mood. It’s available via the BBC as part of their radio podcasts and was filmed last year, giving you all the behind-the-scenes gossip on what went on during the show. It’s just one of many comedy podcasts the BBC offer to keep you laughing.

Speaking of the BBC again, their own crime podcast Nolan True Crime is an exciting one to listen to. Crime has become one of the most popular genres to engage in giving you insight into different criminal events. This podcast can be hard-hitting but also a very interesting listen. They investigate cases from Northern Ireland and beyond while speaking to people close to the victim in the chance of finding out more detailed information relating to the case. If you can cope with unsolved mysteries, this one will definitely be for you! Even though you don’t get a definitive answer on what happens, it can be fun to make your own conclusions as to what you think might’ve happened.

Serial is another one of the best true crime podcasts to watch right now. It even has three seasons worth of content for you to indulge in! Hosted by Sarah Koenig, this podcast has won multiple awards after being so well-received by its listeners. The podcast uses investigative journalism to look into criminal cases, usually in America. Each season looks into one case over several episodes, so you get a real in-depth look at it! The type of crime also varies so you’re not limited to the typical ‘missing person’ content either. Check it out!

Popular Youtubers, Sophia and Cinzia set up a podcast back in 2019 for girls to discuss the issues they face in life, with a particular focus on relationships. It’s since become very popular, with a large female audience. It’s been described as funny and real, addressing typical girly subjects that don’t always get spoken about whilst helping people with their relationship dilemmas. Using the theme of a girls bathroom, where drunk females are stereotypically known to overshare their problems on nights out, it’s everything you could wish for! If you’re wanting a fun and relatable podcast to get you through the day then this is one to tune in to. You’ve got 56 episodes worth of content to get through now – you’ll never get bored!

If the podcast charts are anything to go by then this is definitely something you should listen to. Holding the number one spot currently on both Top Podcasts and Top Comedy Podcasts UK at Spotify is The Joe Rogan Experience. Its hosted by the American comedian and television host Joe Rogan who invites a variety of interesting guests such as Elon Musk, Mike Tyson and even Miley Cyrus to join him. The real question is, who hasn’t he invited on there? With interesting content and a variety of celebrity story times, there’s a reason it’s made number one!

On the topic of holding a number one place, if sport is your thing then this podcast might be too. That Peter Crouch Podcast currently holds the number one spot on Spotify for Sports Podcasts. It’s held by Peter Crouch, Chris Stark and Tom Fordyce and it discusses all things football including management, secret confessions and all you want to know about the game! This podcast is funny and entertaining whilst giving you a chance to properly get to know Crouch off the pitch. Go and listen!

The Guardian is one of the most popular UK newspapers, especially when it comes to political issues so it makes sense for them to the top of the list when it comes to podcasts on the matter. The Guardian politics podcast is hosted by their politics editor and deputy editor who, often joined by experts and politicians to discuss the biggest political stories that week. It’s detailed and intriguing to hear the discussion on important issues and how they’re being handled. If this is a topic you’re interested in, listen to the experts on the Politics Weekly Podcast!

These are just some of the most popular podcasts that have been circulating online at the moment. They’re easily accessible and will be sure to keep you entertained whether in your spare time at home or on your commute! They are a great way to learn and engage with new content so make sure you give them a try. Let us know which podcasts are your favourite to listen to in the comments below.